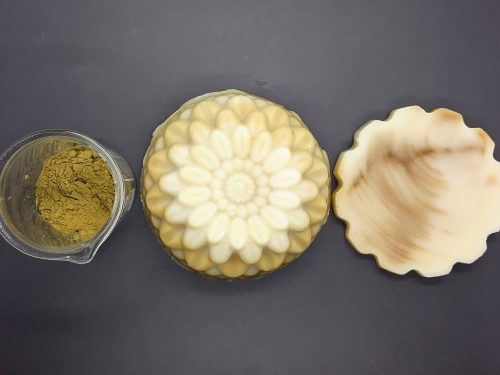 A lovely friend of mine from South Korea has brought me some ingredients to experiment with in my soaps. And there’s nothing I love more than experimenting! The first ingredient I have tried was the green tea powder. In it’s natural state it has a yellow-green colour but I was curious to see how it … Read more 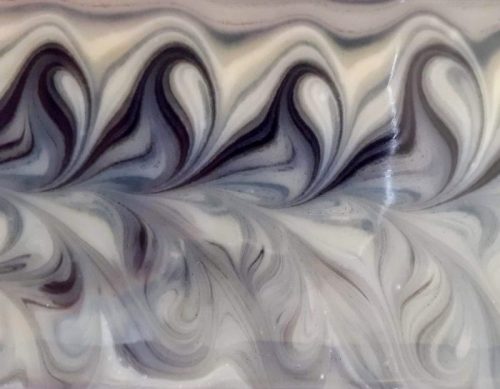 I made a new batch of soap which I will donate to Havens Hospices. Havens Hospices provides palliative nursing and supportive care to adults and children living with complex or incurable conditions and I think they deserve a lot of respect and love for the work they do. I hope some colourful natural soap will … Read more 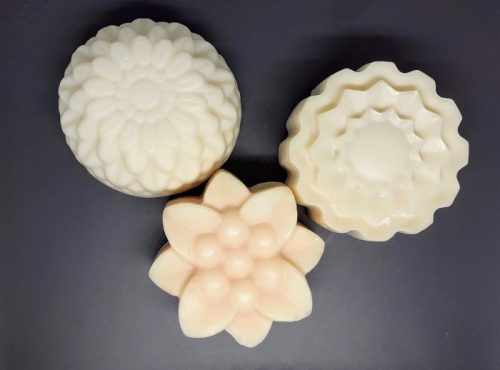 I have been experimenting with vegan milks lately, and I can only say I am hooked! I am still in the middle of the experiment but I can tell you what I found out till now.

The soaps in the picture are made with: almond milk (upper left corner), soy milk (upper right corner) and coconut milk (lower position). For each of them I have used the same soap formula, a simple Bastille of 30% Coconut oil and 70% Olive oil. I didn’t want the formula to be too complicated because I didn’t want it to interfere with how the soap looks. And I have used the same formula for each soap so I can properly compare the differences. When making the soap I have also paid attention so the milks didn’t scorch and I have used light coloured olive oil, again, so I can see the true colour of the soaps.

I didn’t fragrance them for the same reason, I didn’t want the fragrance to colour the soap.

Visually, the almond milk soap is the whitest, the soy milk has a light yellow tinge while the coconut milk soap has a light orange tinge. One thing they all have in common, they are all very creamy!

Next I will make the same formula but with oat milk and cashew milk and add the pictures. Also as soon as the other soaps are cured I will test them and let you know what I found out.